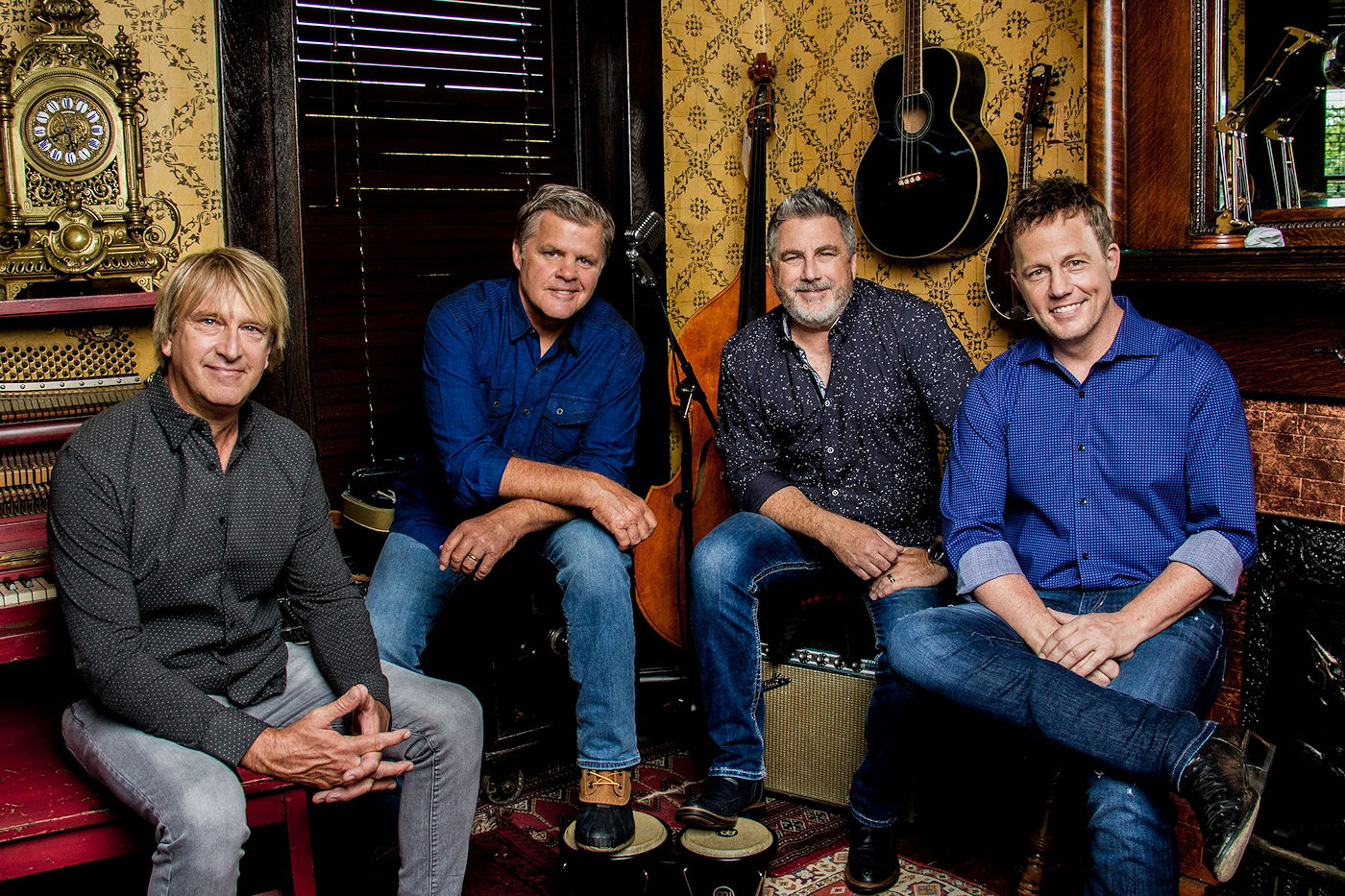 Enjoy the music of the multi-platinum, award winning country group, Lonestar, who has been making music together since the early 90s. Come hear hits like No News, I’m Already There, Amazed, Tequila Talkin’, Running Away With My Heart, and more!

Lonestar (formerly known as Texassee) is an American country music group from Nashville, Tennessee. The group consists of Drew Womack (lead vocals, acoustic guitar), Michael Britt (lead guitar, background vocals), Dean Sams (keyboards, acoustic guitar, background vocals), and Keech Rainwater (drums). Britt, Sams, and Rainwater co-founded the band in 1992 with original lead vocalist Richie McDonald and bass guitarist/vocalist John Rich. Rich exited the band in 1998 and went on to become one-half of the duo Big & Rich. Since his departure, Lonestar has relied alternatingly on session and touring musicians for bass guitar accompaniment. McDonald exited the band in 2007 to record as a solo artist, and was replaced by former McAlyster vocalist Cody Collins before returning in 2011. After leaving the band a second time in 2021, McDonald was replaced by Womack, previously the lead vocalist of Sons of the Desert.

Lonestar’s roots date back to the early ’90s, when Sams originally moved to Nashville from his native Texas intending to be a solo artist. However, after a few months, he realized that he was better suited for a band and recruited Britt and Rainwater. Lonestar found success out of the gate with their self-titled 1995 debut, which spawned the hit “Tequila Talkin'” along with “No News.” Other honors soon followed: The band has won many of music’s top honors, including Academy Of Country Music awards for New Vocal Group in 1996, and Single and Song Of The Year in 2000, along with Humanitarian Of The Year in 2002. They also won Country Music Association’s Vocal Group of the Year and International Artist Achievement award in 2001. All told, Lonestar have sold more than 10.5 million records since their formation.

Sams and Womack have already started writing new songs together, which has been a hugely positive creative experience. “We jelled very quickly,” Sams says. “When something feels comfortable, it really makes the creative process much more enjoyable and fun, and it actually doesn’t feel like work. Drew is such a positive person and he fits in with me, Michael and Keech so much. And there’s just this newfound energy and life that we haven’t had for some time.”

And so as Lonestar looks toward a big career milestone—the band is celebrating 30 years in 2022—and the release of TEN to 1, they are full of gratitude for what they’ve accomplished already, and excited about what the future holds. “People that we used to look up to back in the day—like the Rolling Stones, Boston, and even bands like Alabama—they’re older than us,” Rainwater says. “We look up to those people as like the senior class. But now we are sort of the senior class that people seem to look up to and ask questions about and ask for our expertise.”

Adds Sams: “It’s amazing that we’re still standing and putting on great shows after all these years. The fans are still coming out to our shows night after night, to see us and hear our music. That’s almost 30 years of touring, and I can’t tell you how grateful I am—and I’ve never once taken it for granted.”

Not every musician has the opportunity to revisit and even potentially improve upon their biggest hits. But on the forthcoming TEN to 1 record, the award-winning band Lonestar— Dean Sams (keyboards, acoustic guitar, background vocals), Michael Britt (lead guitarist, background vocals), Keech Rainwater (drums) and Drew Womack (lead vocals, guitar)—are taking a fresh look at all 10 of their chart-topping country songs. This streak started in 1996 with the band’s second single, the rock-edged “No News,” which describes a man left bereft (and confused) when his girlfriend suddenly disappears, and the following year’s tender “Come Cryin’ to Me” and “Everything’s Changed.” The band’s quadruple-platinum 1999 album Lonely Grill spawned four No. 1 hits (including the beloved global smash “Amazed”) and established Lonestar as music’s preeminent pop-country band—a status they’d maintain through the 2000s and beyond, thanks to songs full of energy and creative lyrics (“What About Now”) and (“Mr. Mom”), along with heartfelt messages and soaring melodies (“I’m Already There”).

With these re-recordings, the band members were mindful of striking a balance between preserving the sonic elements fans were familiar with—and not repeating them. As a result, many of Lonestar’s re-recordings have merely cosmetic updates and changes. “Mr. Mom” is “a little bit more country-sounding,” Britt says, while Sams created some loops for “Smile” to “make it more modern-feeling, and have a little more motion,” he says. “It’s a little bigger-sounding than what the original record is. We kept most of the songs pretty close to the originals, but with just more updated, modern sounds.”

“We’ve all played these songs live so much that we’ve morphed them over the years and play them a little bit differently,” Sams says. “In re-recording them, it was taking all the different things that we have done and harnessing it into the best direction for today. Michael’s got a lot better guitar sounds than he had when we made a lot of these hits; Keech has better drums.” Sams also produced the TEN to 1 record sessions, and he approached the songs with fresh ears from both a musical and studio perspective. “I had to look at the music this time, like, ‘As not only a band member, but as the producer of this record, how can I keep the integrity of what made the songs the hits they were—but also update them so when people listen to them, there’s something unique and different about them that catches their ear for today’s time.”