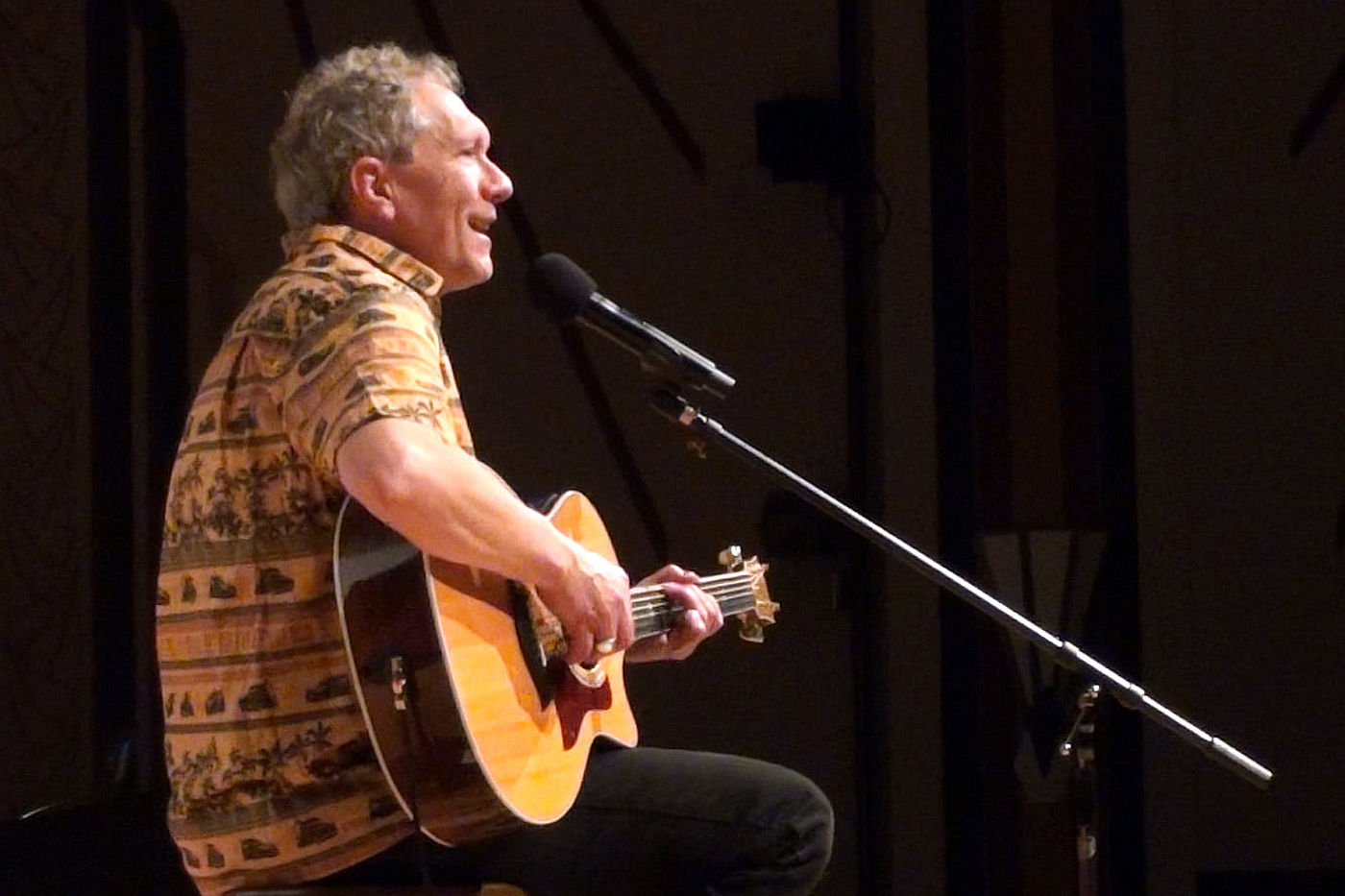 Enjoy a special matinee concert celebrating John Denver’s music as presented by Dennis Warner & The D’s. Warner will share stories and explore Denver’s music in his own distinctive style.

Dennis Warner’s musical journey has brought him to all 50 states and beyond, earning him global recognition and a reputation for being an elite entertainer in the singer-songwriter genre.

With his tour schedule on hold due to the pandemic, Dennis released his 11th album, Pilot Me. Arguably his best work, Pilot Me debuted on the FOLK DJ radio charts at #8 for the month of August, 2020. Remarkably, all thirteen songs received airplay, landing Dennis a coveted spot in the top 10 for Artist of the Month.

Warner’s ninth CD, Seeds, also generated a lot of attention in the folk music community, being named one of the best CDs of 2012 based on radio play around the world. FOLK DJ named him one of the top artists in all of folk music for 2012. Legendary Midnight Special radio host Rich Warren tipped his hat to Dennis by designating Seeds as his “CD Pick of the Week” on his nationally syndicated show.

Dennis is a two-time McKnight Foundation Artist Award winner and three-time finalist for the prestigious Kerrville Folk Festival songwriting awards, co-founded by Peter Yarrow of Peter, Paul and Mary. Another accolade came with the invitation to perform in concert at the Kennedy Center for the Performing Arts in Washington, D.C. for a series honoring the best of the unknown songwriters.

2018 was a big year for Dennis. Early that year, he was invited to the RoundGlass Music Awards in New York City celebrating “Enlightened musicians from around the globe who create music to make the world a better place.” Later that year, Dennis was honored to perform for the Parliament of the World’s Religions in Toronto, where 7,500 attendees representing 230 different faiths from around the planet gathered finding ways to coexist in our diverse world.

Now in its Eighth Printing, Warner‘s timely book Beads on One String evolved from one of his songs and led to the creation of the Beads on One String Project, an elementary school curriculum used as a meaningful and fun way to teach kids about the negative effects of bullying and the positive effects of recognizing our “connectedness” with each other. In support of his book and the curriculum project, Dennis is often a guest musician and speaker at schools, libraries and Sunday morning gatherings. In 2015, Dennis and his wife Tammy donated 250 copies of Beads on One String to Books for Africa, where they were needed in Ghana to teach English to kids by using Dennis’ song and book.

Early in 2020, Dennis was featured on the popular PBS TV show Backroads. Produced by Lakeland Public Broadcasting, the sold out concert celebrated his original music and was syndicated throughout the PBS network.

Along with his original music, Warner is widely admired for his moving interpretations of songs written by others. Audience favorites include Don’t Laugh at Me, The Garden Song (Inch by Inch) and Homegrown Tomatoes. Many also know Dennis for his viral YouTube video I’m My Own Grandpa with over 859,000 hits.

Most importantly perhaps, Warner is an outstanding entertainer. Ballads are cleverly blended with up-tempo songs, audience participation and engaging humorous stories. A warm stage presence and ability to connect with his audience is the trademark of a Dennis Warner concert.

Though he calls Minnesota home, Warner loves to travel and tour, either solo or with his band “the D’s”. On and off the stage, Dennis is personable and good-humored. When not working on his music, he can be found sailing, eating ice cream or perhaps listening to a Minnesota Twins baseball game. On a good day, he’s doing all three.

DAN NEALE – guitar, mandolin and vocals: One of the most sought after musicians in the Midwest, Dan Neale is well respected both on stage and in the studio. Among his many accolades, he was also the regular fill-in guitarist for Pat Donohue on Garrison Keillor’s “Prairie Home Companion”.

DENNIS (DK) KENNEDY – congas, djembe, cajon, marimba, harmonica, shaker, tambourine etc…: DK joined us in 1999 when I started recording the My World album. I needed someone to play harmonica on a couple of waltzes and my producer, Jeff Vee, said he had a brother-in-law who played really well.

ALEX D. MAIERS – bass and vocals: Alex joined our ensemble recently and we couldn’t be more pleased. He’s a well known guitar player in Minnesota with an outstanding stage presence.

DERRICK RAITER – cajon, djembe and congas: Formerly our full time percussionist until he moved overseas, we welcome Derrick back whenever possible. His unique style has been very important in developing the DW sound that’s defined our albums and concerts. When that djembe kicks in, everyone notices!

PAT CURTO- vocals: Occassionaly, we are blessed with Pat Curto joining us on backing vocals. Pat’s incredible career nationwide as a drummer and vocalist led to his induction into the Minnesota Music Hall of Fame. We are most happy to make him an “honorary D” when he is available!