Huntersville State Forest features 16,448-acres of rolling-to-flat land, famed for its jack and Norway pine mixed with aspen, spruce, tamarack and northern hardwoods and clear streams. The major attraction is the beauty of two rivers that flow through the forest. These rivers, the Crow Wing River State Water Trail and the Shell River, cut through this forest providing many canoeing opportunities, with access ramps at the campgrounds as well as other put-in and take-out points along the river’s course through the forest. The excellent boating and canoeing route traverses 80 miles of river. There are two canoe outfitters in the area. Wilderness campsites are available at three-to seven-mile intervals. Located south of Park Rapids, off Hwy. 87 on CR 25. Huntersville is only a short distance from Itasca State Park and offers a great alternative to the more developed and heavily used state park.

Huntersville Forest Landing Campground: The campground is considered “primitive,” designed to furnish only the basic needs of the camper. The campsites consist of a cleared area, fire ring, and table. In addition, vault toilets, garbage cans, and drinking water are available. Highlights: Huntersville Forest Landing Campground is located by the Crow River and provides a great place to put in and take out along the river’s course through the forest. Hikers should find plenty of places to trek from the campground using the 150-plus miles of logging trails throughout the forest. Hikers and drivers also share these routes. All sites are on a first-come, first-served basis.

Shell City Horse Campground: The campground is considered “primitive,” designed to furnish only the basic needs of the camper. The campsites consist of a cleared area, fire ring, and table. In addition, vault toilets, garbage cans, and drinking water are available. Highlights: Shell City Horse Campground is located on a 24 miles of designated horse trail that includes two loops and a river crossing. A horse trail map is located on the state forest map. All sites are on a first-come, first-served basis for a fee.

Shell City Landing Campground: Highlights:Shell City Landing Campground is located on the Shell River joining Crow Wing River Water Trail. In addition, there is swimming, water access, and fishing. The campsites are considered “primitive,” designed to furnish only the basic needs of the camper. The campsites consist of a cleared area, fire ring, table, vault toilets, garbage cans, and drinking water. All sites are on a first-come, first-served basis.

Forest Landscape: This forest lies entirely within the coniferous forest biome. Topography contains a mix of glacial features such as hills and old outwash and till plains. Historically, fires occurred every 10 to 40 years, and today jack pine, quaking aspen, and paper birch dominate. Stands of red and white pine are also found in the forest.

History: The Dakota and Ojibwe people first occupied the Crow Wing River area. In the early 1700s French fur traders arrived and controlled the fur business. Between the 1870s and the early 1900s, logging was Wadena County’s chief economy. Timber taken from the dense forests along the Crow Wing River and its tributaries created jobs for hundreds of early settlers and provided an economic base for many towns in the area. Along the Shell River in the northern part of the Huntersville State Forest, Shell City was established in 1879 as a lumber camp. It was named for the river’s clams, which were used to make buttons in the city’s button factories. The Shell City Navigation Company headquarters, incorporated in 1884, was formed to operate steamboats and barges on the Shell and Crow Wing rivers from Shell City to the Mississippi River. Shell City was eventually abandoned and the region’s economy came to depend on agriculture. Today, recreationists still use the roads created by the early loggers.

Huntersville OHM Trail: Fifty-nine miles of OHM trail twists through Huntersville State Forest. Much of the trail is single-track, with some two-track and service road loops for beginning riders. All trails are marked and range from easy to more difficult. The Huntersville Trail is a great alternative to the more technical Martineau Recreational Trail. This trail is provided by the Township of Huntersville and the Twin Cities Trail Riders. More Detail.

The Detroit Lakes area abounds with beautiful parks, lakes, rivers, hiking & biking trails and more. Detroit Lakes, Becker County, and the surrounding area offers so many recreational and outdoor activities that it is difficult to fit them into one visit. With over 400 lakes within a 25-mile radius, and with beautiful rivers and streams (not to mention the Mississippi Headwaters), many parks and trails have been created to provide public access.

Parks, such as the Tamarac National Wildlife Refuge, provide cross-country and snow mobiling trails in the winter– and even more trails for hiking and biking during the spring, summer and fall months. You can also enjoy the natural beauty from your car. The Lake Country Scenic Byway is an 88-mile corridor that follows Highways 34 and 71. Along its route, the Byway uniquely spans three different types of geographic terrain.

About The Lodge on Lake Detroit & The Spa Within
Our Detroit Lakes Minnesota lake resort is the perfect setting to relax and enjoy brilliant sunsets and memorable nights on Big Lake Detroit. Nestled in a lovely tree-filled setting on a private 550 foot wide sandy beach, you’ll find the latest hotel style and amenities. The Lodge is independently owned and operated by Holland Hospitality, Inc., now in its third generation of providing excellence in hospitality.

With our modern amenities and thoughtful design, we stand out among other lodging choices in Detroit Lakes, MN. For couples or family getaways, we offer a variety of rooms and suites with king, queen or two queen beds. Our free hot breakfast (currently using Grab & Go Bags while Covid precautions are in place), free local calls, indoor heated pool and fitness center make the hotel a great place to recharge between enjoying Detroit Lakes attractions and activities. View hotel detail. 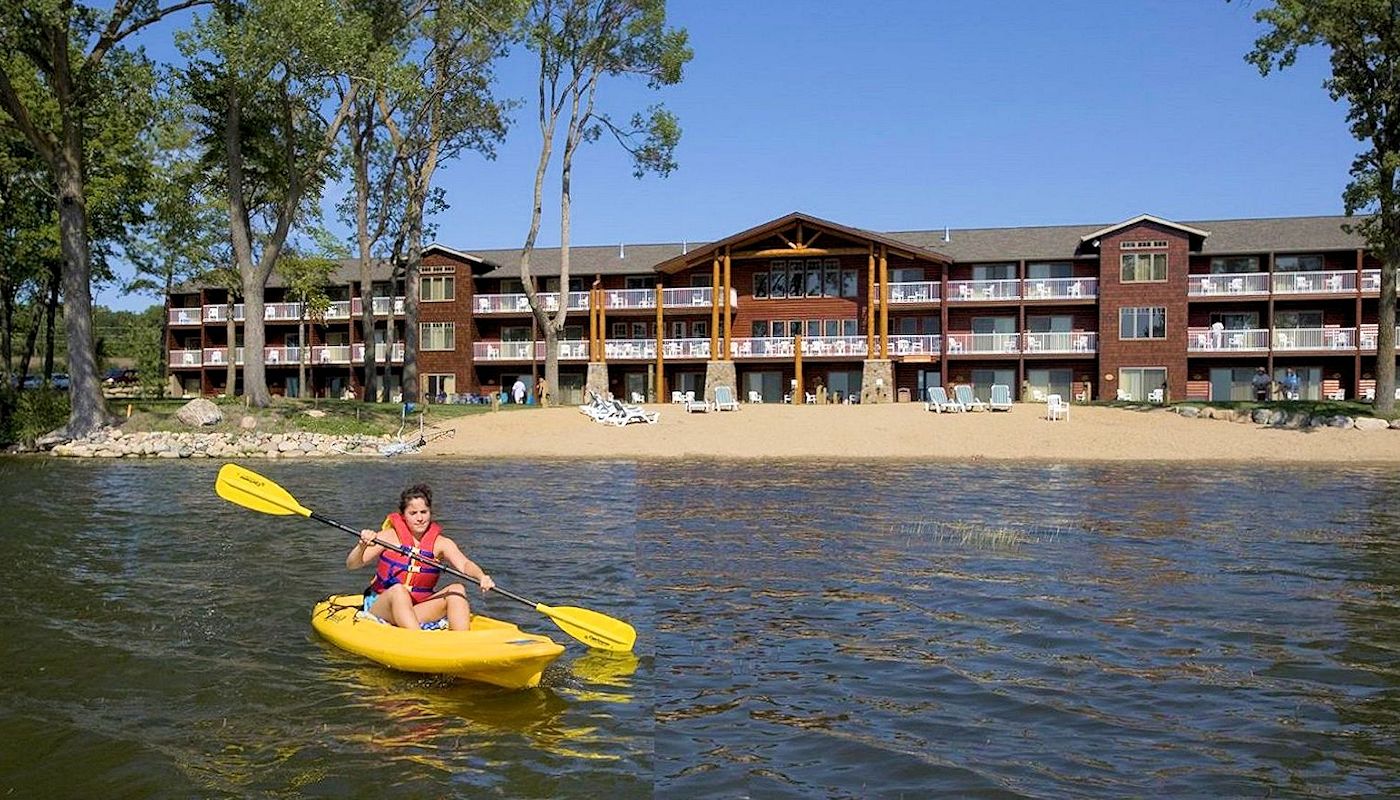 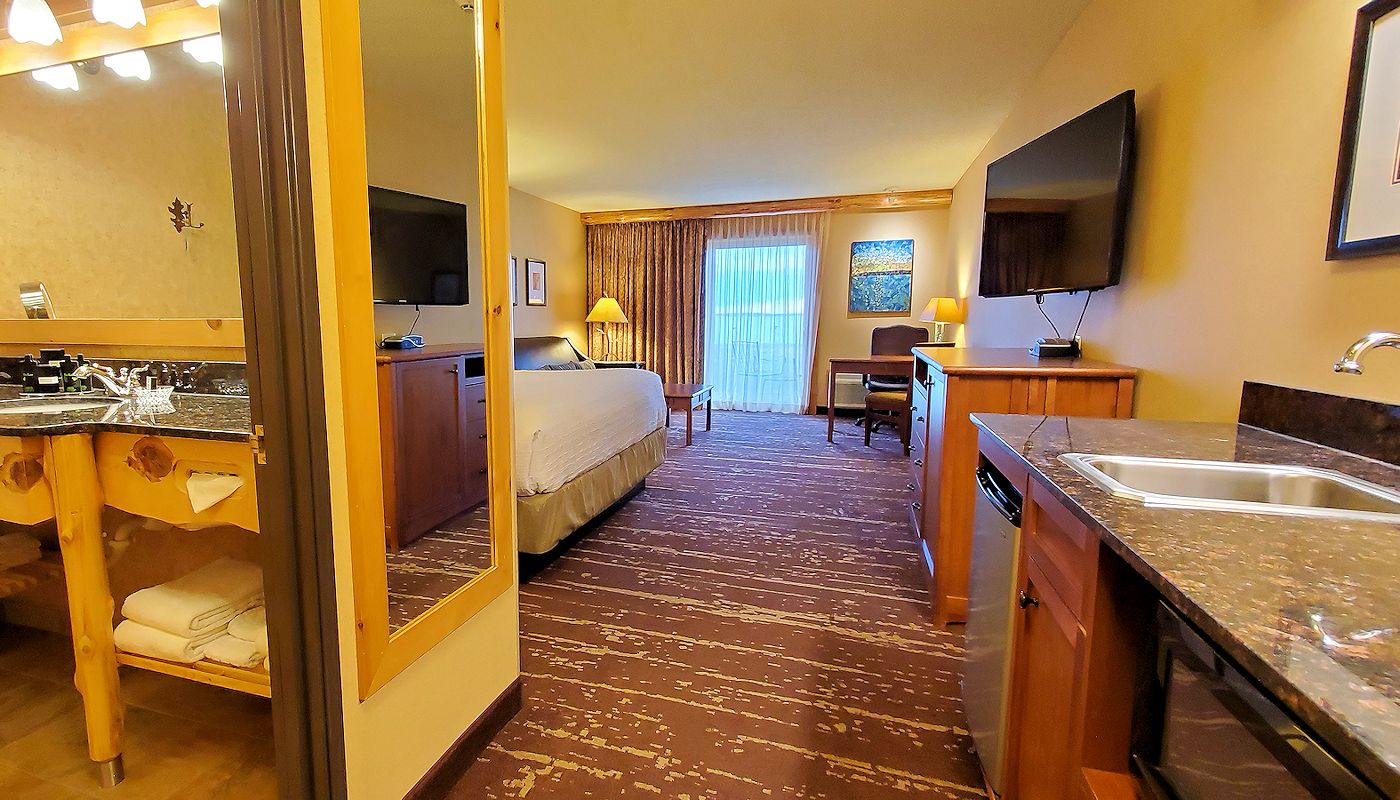 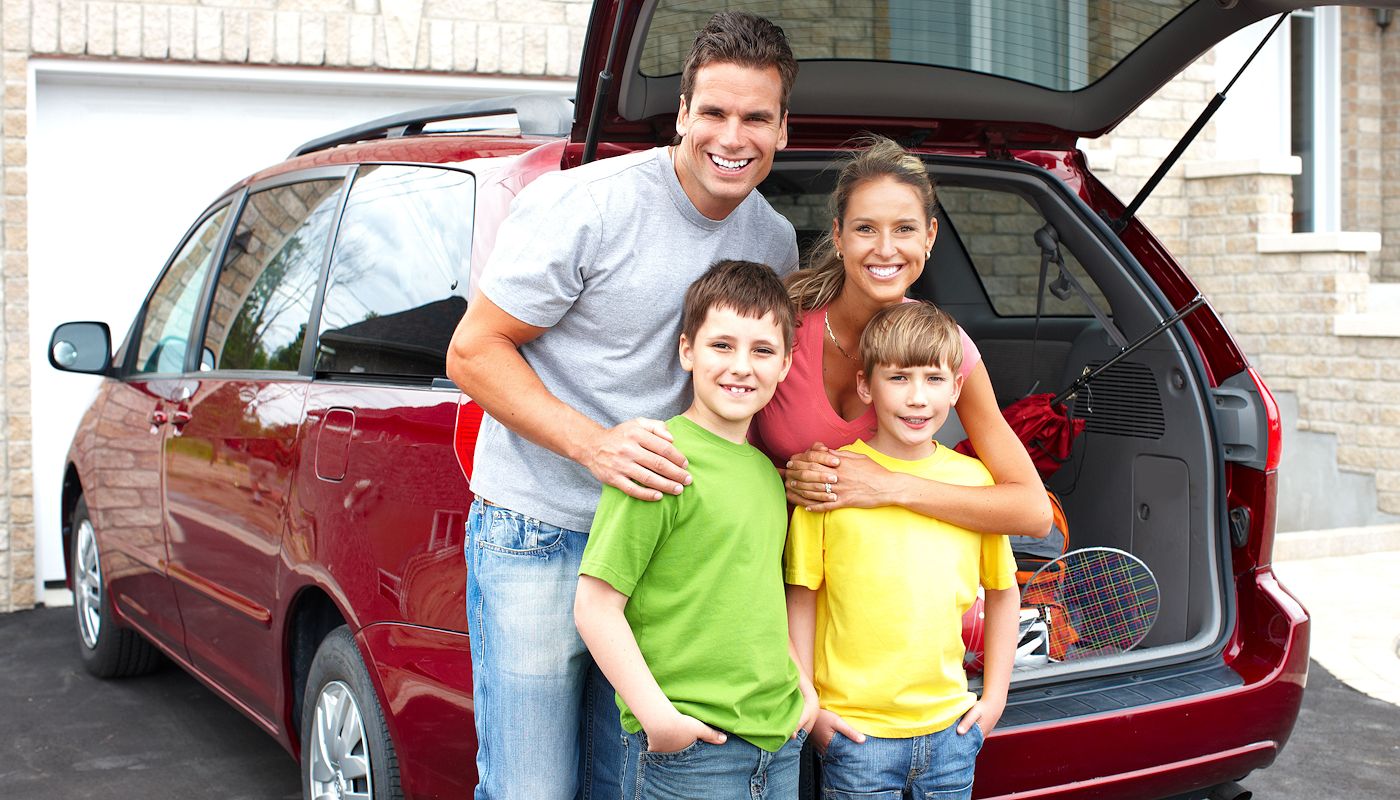 Persons belonging to AAA (or any of its international affiliations) qualify for our AAA hotel discount rates. Valid identification is required at check-in. 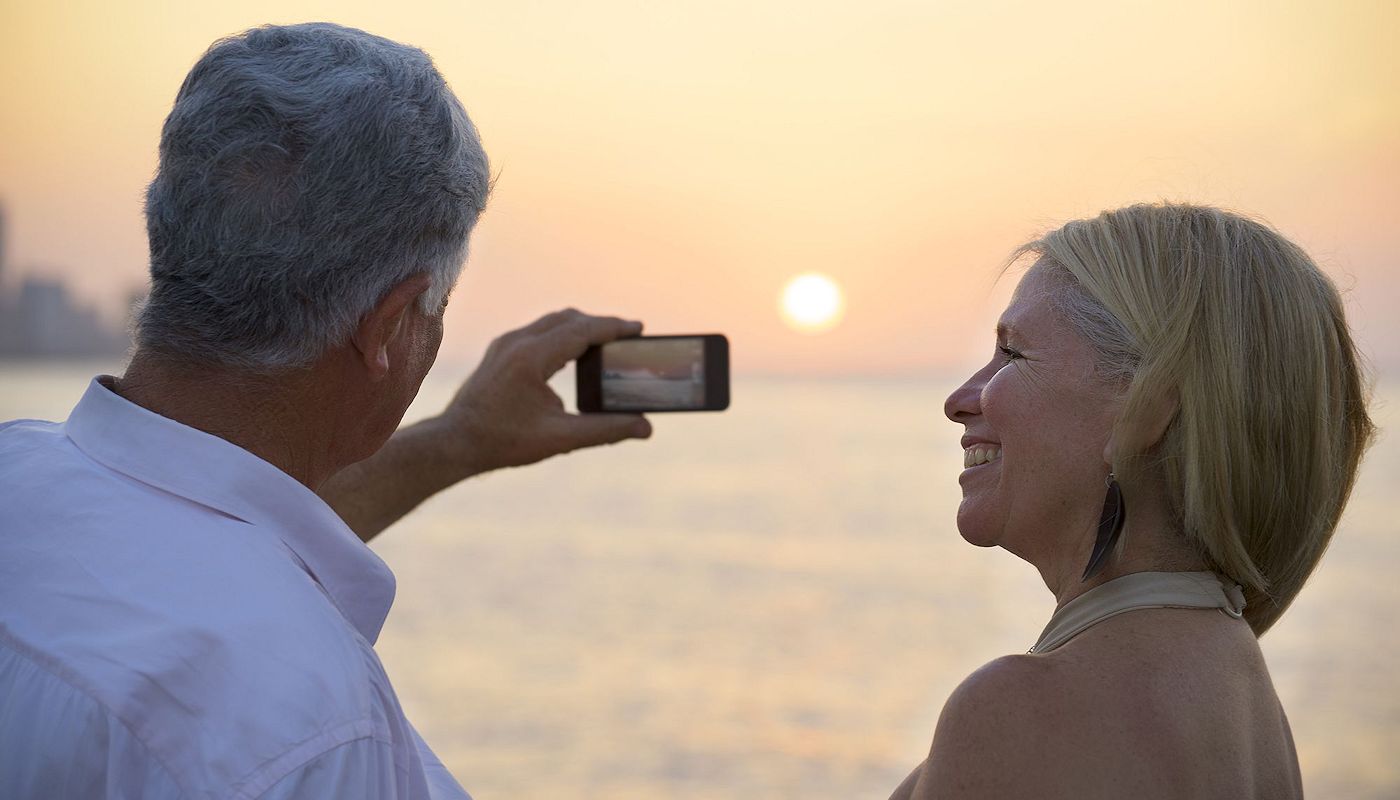 Members of the American Association of Retired Persons (including the National Retired Teachers Association and the National Council of Senior Citizens)can enjoy savings on non-discounted room rates.

Pack the golf clubs and head to Detroit Lakes! Come and experience a Detroit Lakes golf vacation, with The Lodge & Forest Hills Golf Course. We’ve arranged for some very special golf rates for your package. 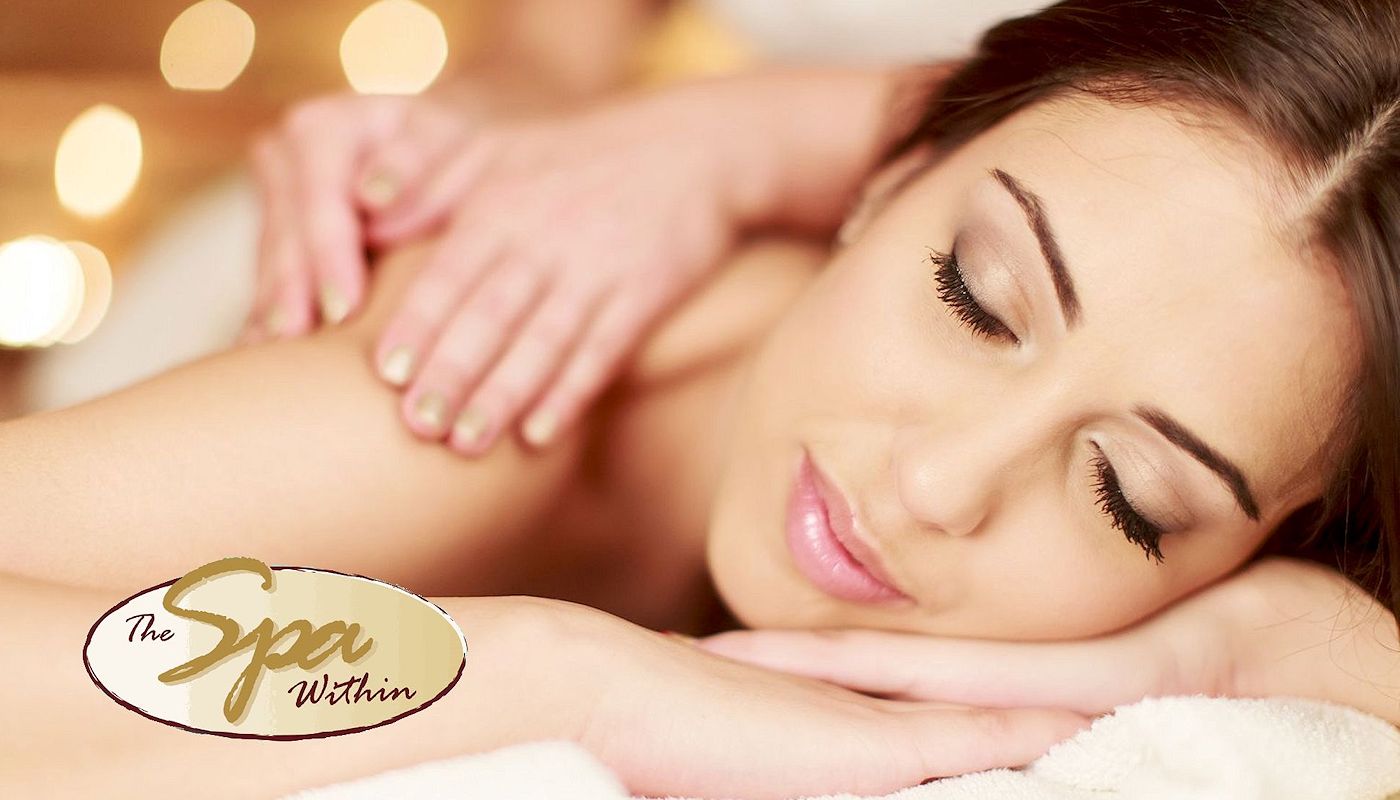 The Spa Within at The Lodge

The Spa Within offers an extensive menu of select spa treatment services, many of which are signature treatments exclusive to this Detroit Lakes day spa. Treatments include the use of warm and cold basalt stones for face and body, and a variety of facials and massage therapies. 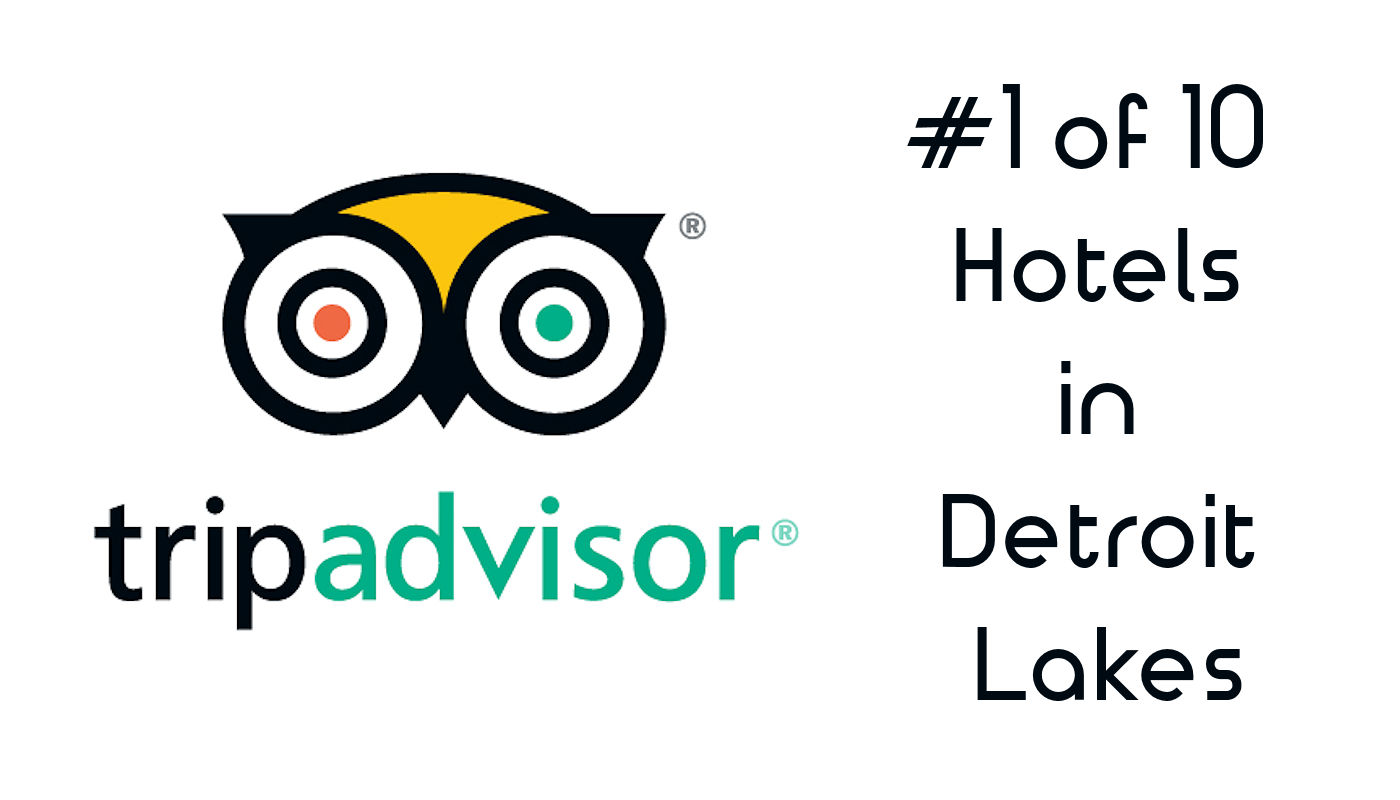 “We had a great time, first time staying here. We loved the rooms and the views. We had adjoining rooms and were able to visit with family we don’t see every day. We loved the paddle boarding and other water activities available to us. The sand beach was great, grills and picnic tables were available for use. Indoor pool was also great. Breakfast was great. Very relaxing for everyone.” 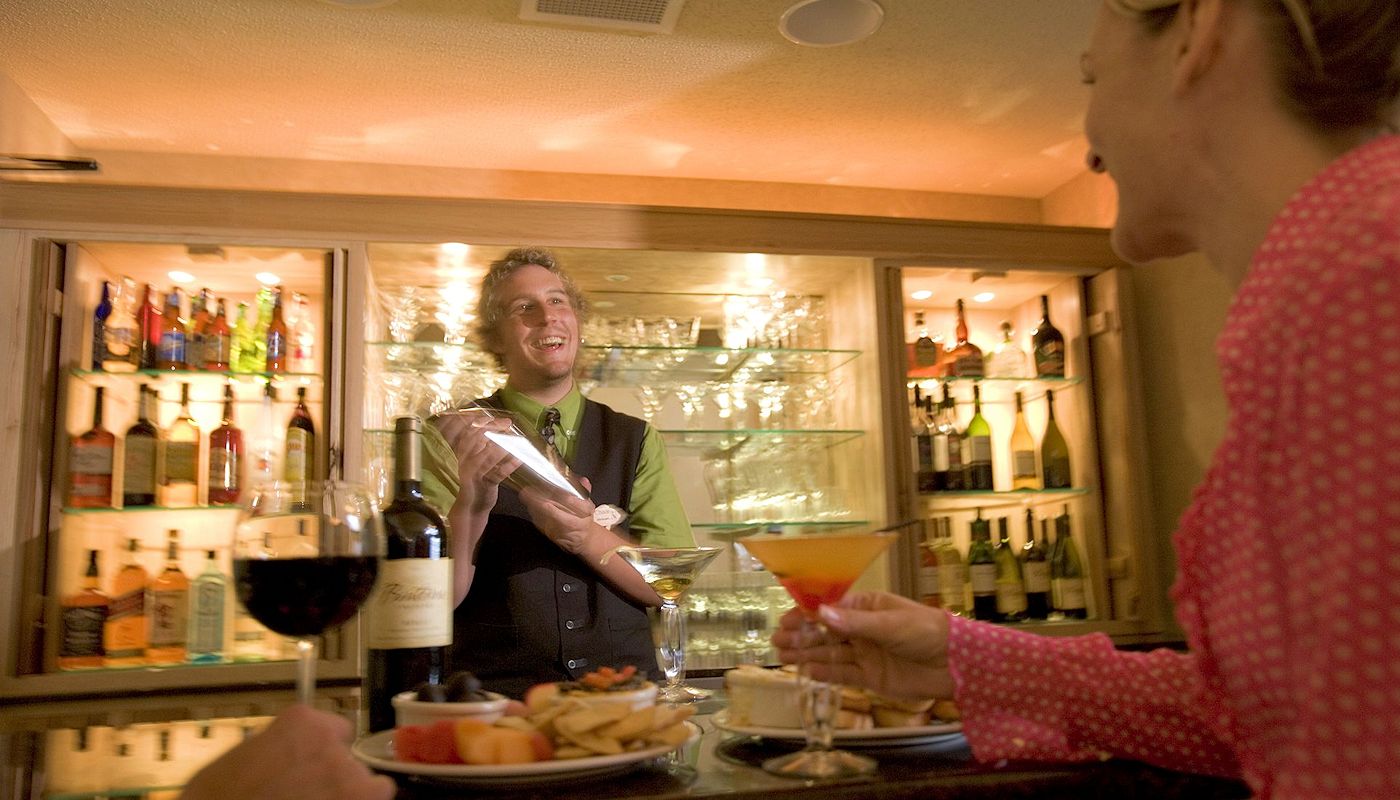 Lola D’s menu includes fun and tasty bistro and bar items and it is a huge hit with our guests! Come and enjoy your favorite cocktail, some tasty appetizers and a stunning Detroit Lakes sunset! You won’t be disappointed.

With over 400 lakes within a 25-mile radius, Detroit Lakes lives up to its reputation as a great place for year-round outdoor activities. Whether your activity choice is in, on or below the water (or even on land) Detroit Lakes offers a great variety of things to do for your entire family.

There’s a lot going on at The Lodge year round. Be sure to subscribe to our eNews and keep an eye on our Facebook page to keep up with live musical events (Live at The Lodge), Summer Thursdays, Wine Tastings, Murder Mystery Events, Girlfriend Getaways, and so more.

From Barry ~ The Perfect Songs of Barry Gibb and The BeeGees

“We enjoyed our stay at The Lodge in Detroit Lakes, Mn. The staff was very helpful and very friendly. We stayed in the Resort Room adjoining to the Retreat Room. It was very nice for our family so we could have access to each others room and to have use of a Kitchen. We were celebrating our 40th wedding anniversary and our son was participating in the Pine to Palm Tournament. Nice location to golf course & downtown. The rooms were clean and the amenities of having a dock for our boat and use of paddle boat & Kayakes was especially nice. We enjoyed the complementary breakfast; especially the waffles and pancakes.  The Ice water cooler was very refreshing. We thoroughly enjoyed our stay at The Lodge & will be back on any future trips to the Detroit Lakes area.”