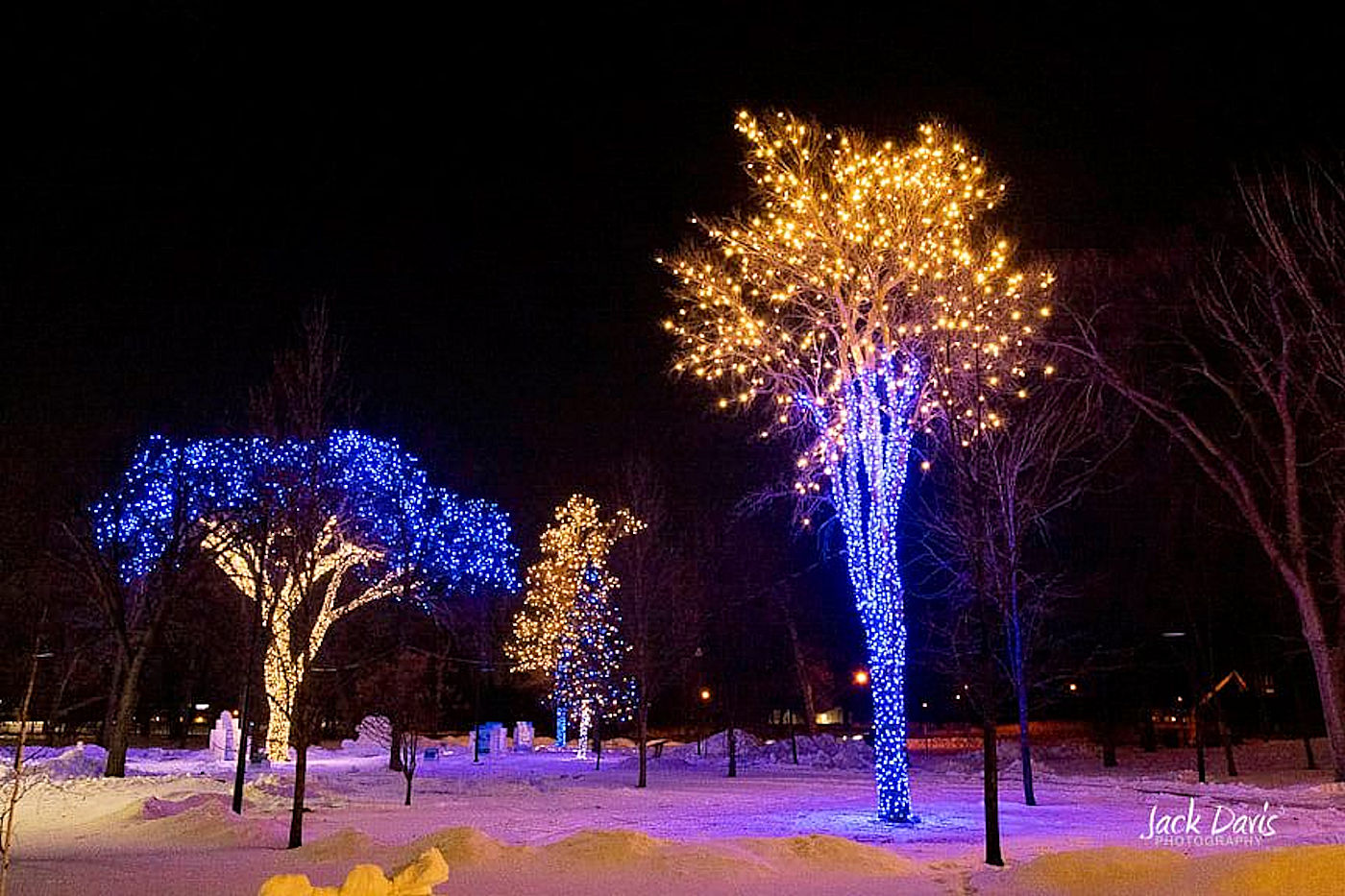 Enjoy the Detroit Lakes Polar Fest Ice Courtyard at City Park from February 11-27, 2022. Each day (and night) of Polar Fest, the Detroit Lakes City Park will be filled with ice sculptures and a dazzling lights display! The public is invited to be wowed during the annual February wintertime celebration, Polar Fest. Enjoy a socially-distanced magical self-tour through the City Park. NOTE: Photo Credit (above): Jack Davis Photography

A 60-foot oak tree, King Isbit’s Royal Tree, decorated with blue and white lights, was prominent in the Detroit Lakes’ City Park nighttime landscape during 2020’s Polar Fest and will be back this year, according to organizers of the “MN Sn’Ice Snow and Ice Showcase,” which will be held in conjunction with Polar Fest. Other trees will also be lit, adding to the nighttime beauty of the park. Snow, ice and light displays will be scattered throughout Detroit Lakes’ City Park during Polar Fest. 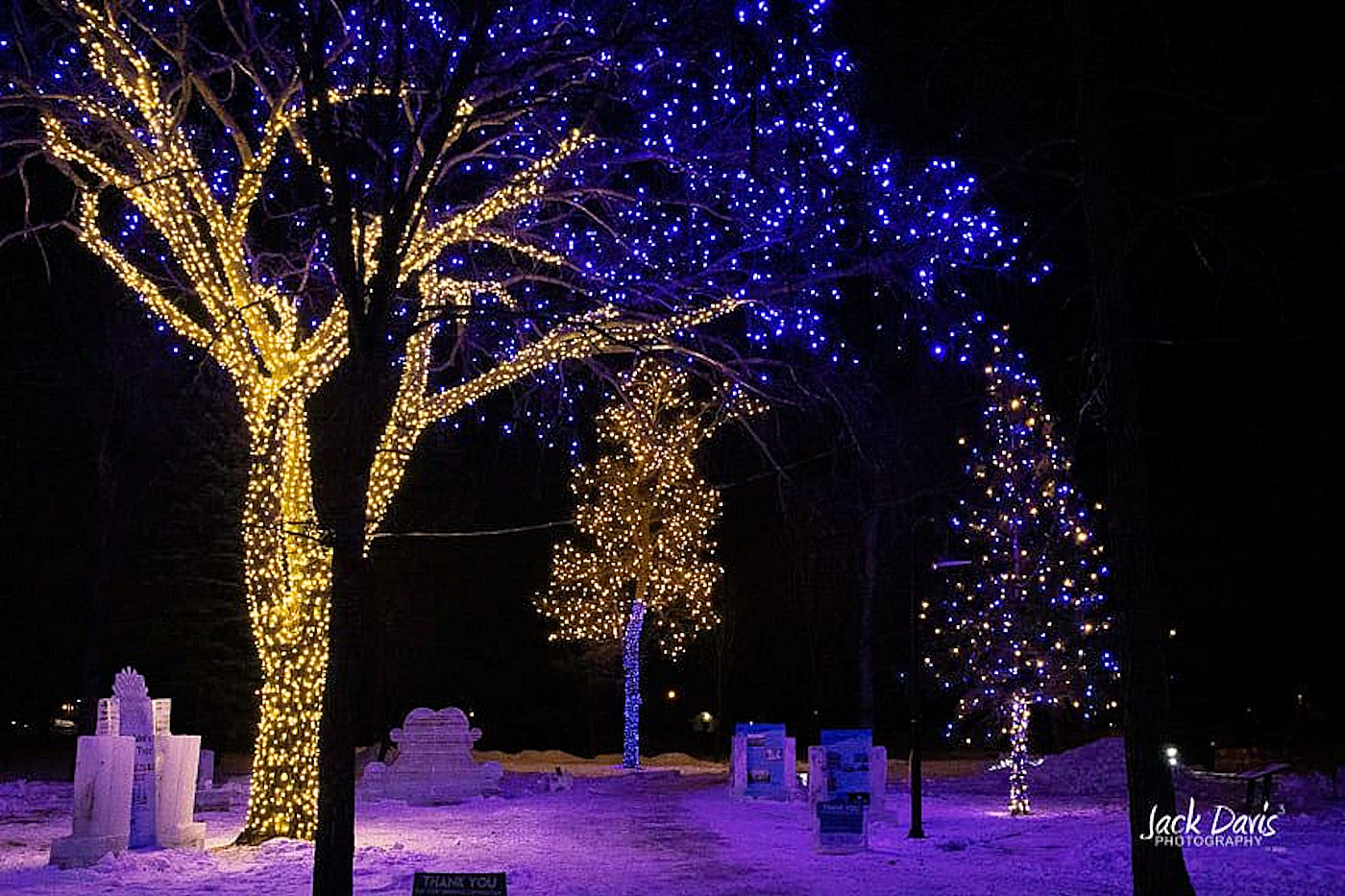 Polar Fest is held annually in mid-February with the plunge and fireworks on the Saturday night of President’s Day weekend. Polar Fest was started in 1996 by Erika Johnson, previous owner of Lakeside Tavern. She loved winter and wanted to see some sort of celebration of winter by the lake and outside her restaurant. Coincidentally, at the same time, Ron Zeman, former board member for Develop DL, heard about people jumping into a hole in the lake to raise money for an organization. He took that idea to the Boys & Girls Club and the “Polar Fest Plunge” was born. Polar Fest continued until 2002 when lack of support left Polar Fest with only its key event — the Polar Plunge, but no other activities. In 2005, a group of crazy, winter-loving citizens came together to reinvigorate and warm up Polar Fest. Since then, Polar Fest has continued with the pinnacle event being the Polar Fest Plunge into Little Detroit Lake plus many other activities ranging from golfing on the lake to presentations by polar explorers to dances in the sand. In 2008, fireworks on the last Saturday evening were added and that has become one of the highlights of the week-long winter celebration.

Mark your calendar today so you don’t miss the next Detroit Lakes Polar Fest Ice Courtyard in Detroit Lakes, Minnesota in February!

The only way to improve the Detroit Lakes Polar Fest, one of Minnesota’s most fun winter festivals, is to stay in one of the best Polar Fest Hotels in Detroit Lake. Whether your stay is the entire 11-day event, any of the three weekends or if you are just here for a particular event, you will find our Detroit Lakes Minnesota lake resort is the perfect setting to relax and recover from all the day’s activities. What better way to unwind after a busy winter Minnesota day than in The Lodge’s beautiful Fireside Lobby and LoLa D’s Lobby Bar & Bistro. Nestled in a lovely tree-filled setting on a private 550 foot wide sandy beach, you’ll find the latest hotel style and amenities. The Lodge is independently owned and operated by Holland Hospitality, Inc., now in its third generation of providing excellence in hospitality.

With our modern amenities and thoughtful design, we stand out among other lodging choices in Detroit Lakes, MN. For couples or family getaways, we offer a variety of rooms and suites with king, queen or two queen beds. Our free daily hot breakfast, free local calls, indoor heated pool and fitness center make the hotel a great place to recharge between enjoying Detroit Lakes attractions and activities. View hotel detail. 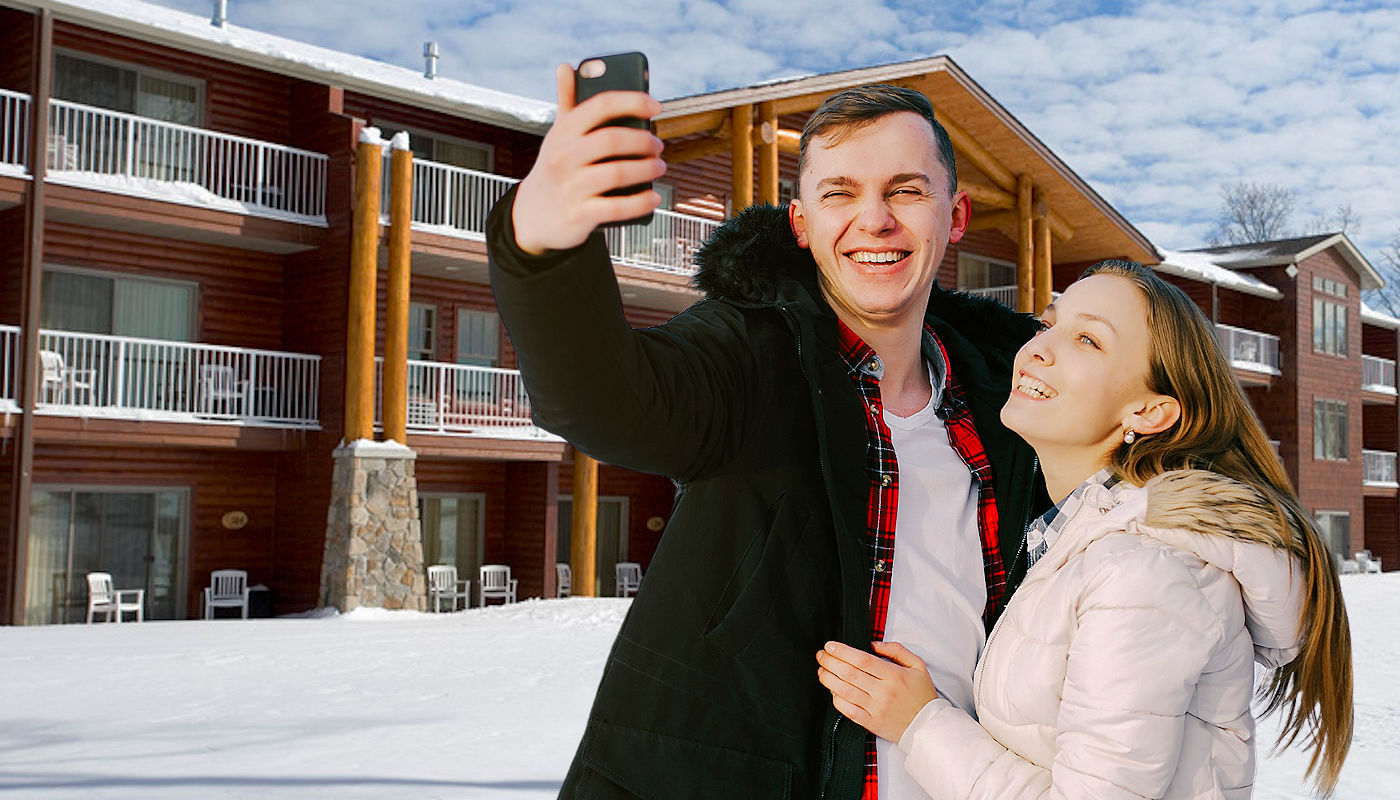