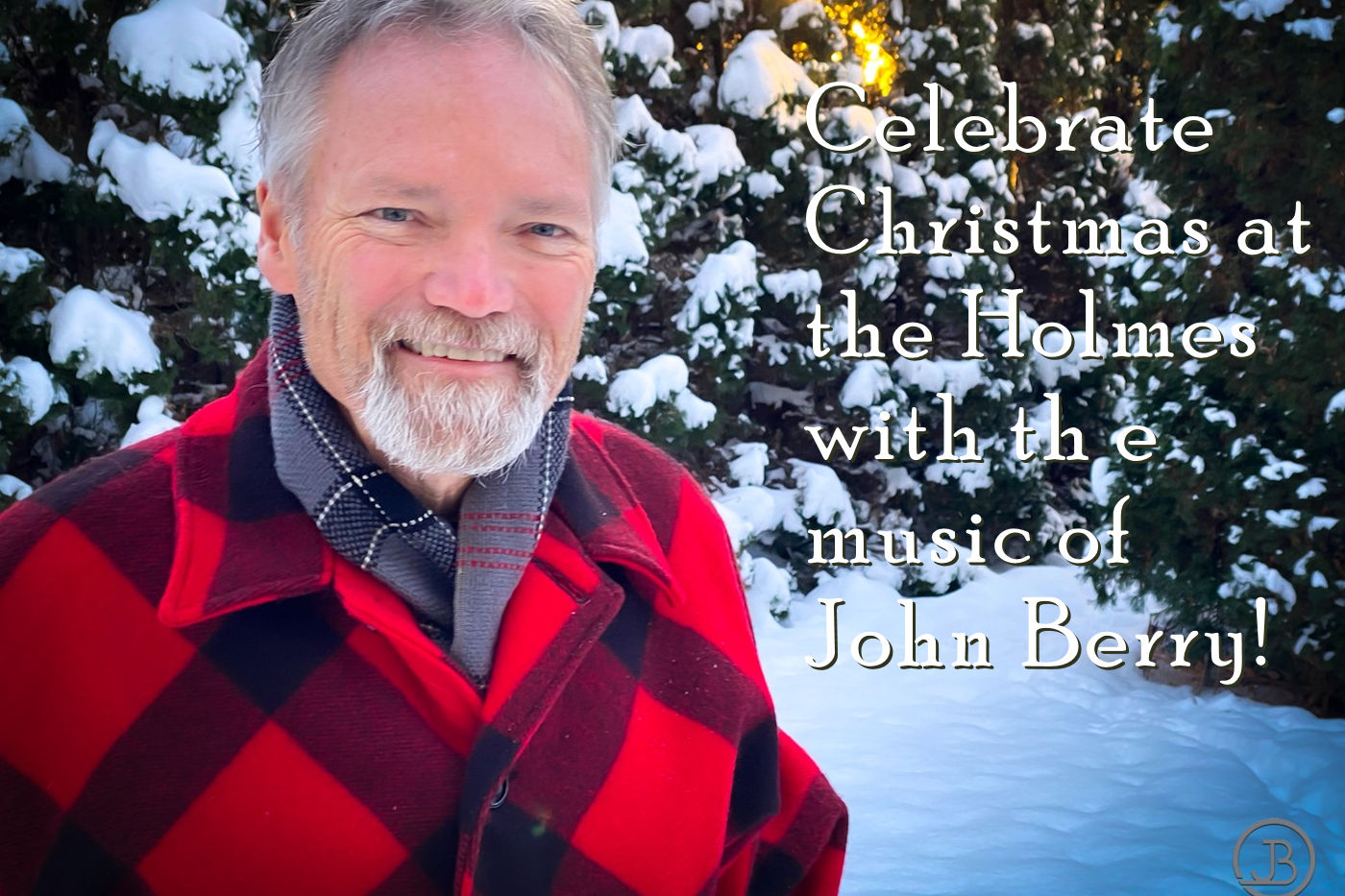 Come celebrate the holiday with Grammy-Winning John Berry’s 26th Annual Christmas Tour! Berry’s tour features classic hits like Your Love Amazes Me and Standing On The Edge Of Goodbye, with holiday favorites, including his stunning performance of O Holy Night.

A VIP Experience (extra $20) with John Berry includes a Meet and Greet 6:00 p.m. with the concert at 7:30 p.m. This VIP Experience includes Early access one hour prior to show – Casual meet & greet – Q & A – Special acoustic performance – Photo and autograph opportunity.

Singer-songwriter John Berry rose to stardom on the country charts of the 1990s with such mega hits as Your Love Amazes Me, Standing on the Edge of Goodbye and She’s Taken a Shine. His annual Christmas tours brighten the holidays for thousands, as does his electrifying rendition of O’ Holy Night.

During his star-making decade, John placed 20 singles on the county charts, 6 of which went Top 5, with Your Love Amazes Me, scoring a #1 on the Billboard and Radio & Records Country Chart as well as Standing on the Edge of Goodbye and She’s Taken a Shine earning the #1 slot in Radio & Records . He has earned multiple Gold and Platinum records over the years. John was nominated for the ACM Top New Male Vocalist in 1994, won a Grammy Award in 1996 for his participation in Amazing Grace: A Country Salute to Gospel Vol. 1, was nominated for another Grammy in 1995 for his smash hit Your Love Amazes Me and was nominated for the CMA Horizon Award and Top Male Vocalist Award in 1995. In 1997 he was nominated for Vocal Event of the Year (for Long Haired Country Boy with Charlie Daniels and Hal Ketchum) and in 2013 John was nominated for the Mainstream Country Male Artist by the ICM Awards. And thanks to the miracles of modern technology, he even sang a duet with the late, great Patsy Cline.

“I love what I do, with a passion not seen in quite some time. I’m hopeful and excited about the future. I love singing and always will. I have a bus, an incredible stage presentation, a great band, hands-on management team and I’m always all dressed up and ready to go.”

He and his family moved back to Music City after several years in Georgia, and in 2019 John is pursuing a touring and personal appearance schedule that is more active than ever. Given his wide range of music and number of releases, John is fortunate in that he can book a solo show with just himself and guitar, a small-band acoustic show or a full-band engagement and has more than enough hit material to captivate a crowd and deliver an evening full of musical memories.

Between 1979 and 1990 he recorded and marketed six albums on his own labels. The Graduation Song, which he wrote during his senior year in high school, became a perennial favorite at graduation ceremonies. It appeared on two of his early collections.

Those early discs and John’s strong regional popularity attracted attention on Music Row. Capitol Records signed him to his first major label contract in 1992. Berry’s co-written hits A Mind of Her Own and Kiss Me in the Car introduced him to radio audiences in 1993. Then Your Love Amazes Me, What’s in it for Me and You and Only You thrust him to stardom in 1994. Standing on the Edge of Goodbye, I Think About it all the Time, and If I Had Any Pride Left at All were all major hits the following year, with Standing on the Edge of Goodbye earning John the coveted 1995 Grammy nomination.

But it was his stunning performance of the title track of the 1995 CD O’ Holy Night that led to his most enduring legacy to date. John began doing special Christmas tours that year and 2016 marks his 20th anniversary holiday concert tour. He has big plans to celebrate and involve the fans like never before for this anniversary celebration. He has also issued three more Christmas-music collections. If O’ Holy Night is all that anyone remembers of me, that’s fine with me,” he comments about his perennial Christmas popularity. “It is a truly inspired piece of music.”

2021 saw John emerge with a host of new projects in development and with his sights firmly set on his 25th Anniversary of his legendary Christmas Tour, with a grand presentation planned that will leave audiences amazed and full of joy & hope for the future. John also celebrated the 25th Anniversary of his highly acclaimed album, Faces in 2021.

2022 will begin with John releasing his new faith based album, “Find My Joy” on March 25th on Gaither Music and his touring will include dates in churches in support of this new project along with his normal solo and band dates and ending the year with his 26th annual Christmas tour.